Dali ten Hove is a consultant to the United Nations 75th anniversary team, and the researcher on the memoirs of former UN Secretary-General Ban Ki-moon, "Resolved: Uniting Nations in a Divided World," to be published in 2021. He is a board member of the United Nations Association of the Netherlands and a former trustee of the UNA-UK. He has a master's in international relations from Oxford University.

Dali ten Hove is a consultant to the United Nations 75th anniversary team, and the researcher on the memoirs of former UN Secretary-General Ban Ki-moon, "Resolved: Uniting Nations in a Divided World," to be published in 2021. He is a board member of the United Nations Association of the Netherlands and a former trustee of the UNA-UK. He has a master's in international relations from Oxford University.
COVID-19

Sergio, Legendary UN Troubleshooter, Gets His Own Hollywood Biopic

The much-anticipated biopic among United Nations watchers, “Sergio,” a drama relating the tale of Sergio Vieira de Mello, opened today on Netflix. It features the actors Wagner Moura as Sergio and Ana de Armas as his partner, Carolina Larriera. Who was Sergio Vieira de Mello? And why is he the subject of a Hollywood … 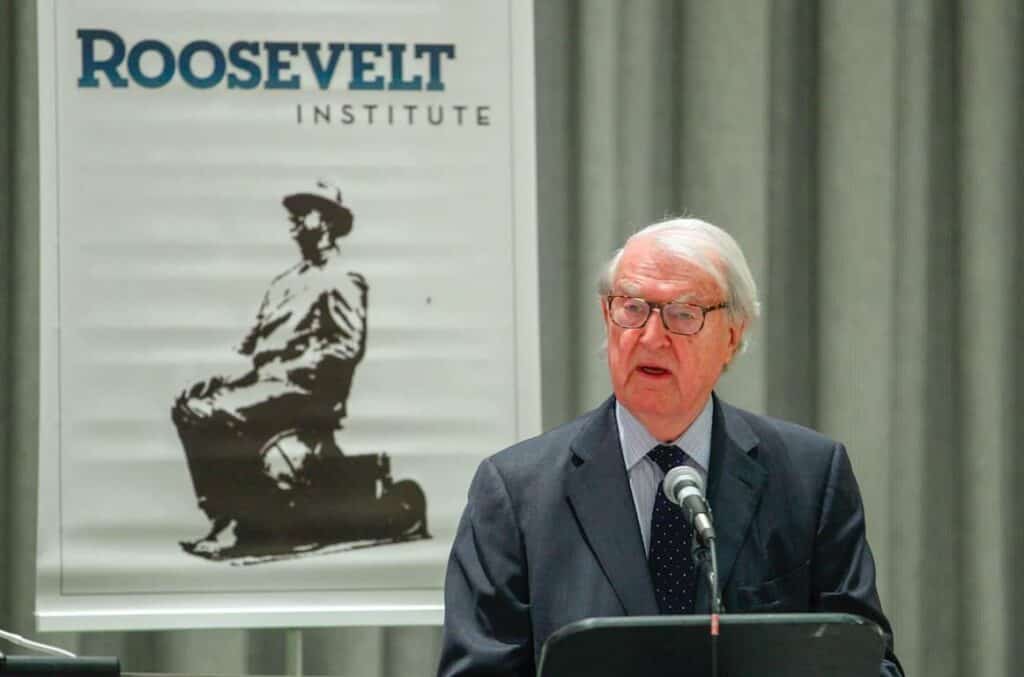 The Sustainable Development Goals are in trouble. United Nations officials are concerned and say so publicly. Secretary-General António Guterres  joined in raising an alarm in mid-July when he introduced the most recent official UN report. “It is abundantly clear that a much deeper, faster and more ambitious response is needed to unleash the social …

When Is an Attack on UN Peacekeepers a War Crime and When Is It Not? 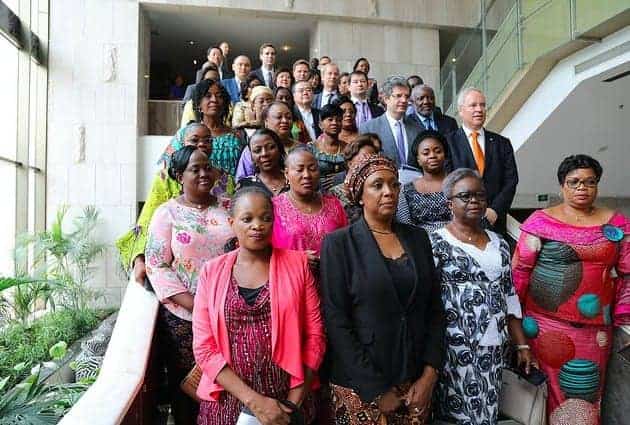 The recent attack by a militia on the United Nations mission in the Democratic Republic of the Congo, in which seven peacekeepers were killed, highlighted a question that the Security Council has hesitated to confront for years. What are the consequences when UN peacekeeping missions become parties to the conflict? The Security Council responded to the latest attacks on Monusco, as … 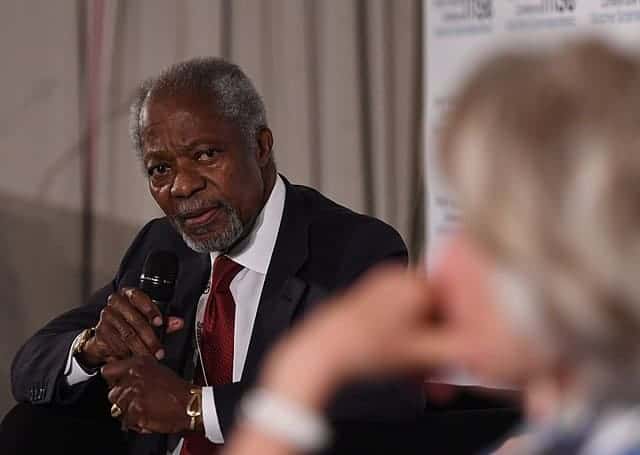 Secretary-General Kofi Annan, who died on Aug. 18, in Switzerland, was deeply committed to peace and the UN Charter, as well as human rights and humanitarian action. He led a debate about harmonizing these principles and rebalancing the sovereignty of countries with the rights of people within them. During his 10 years as secretary-general, …

Kofi Annan, 80, a Popular UN Secretary-General From Africa, Is Dead 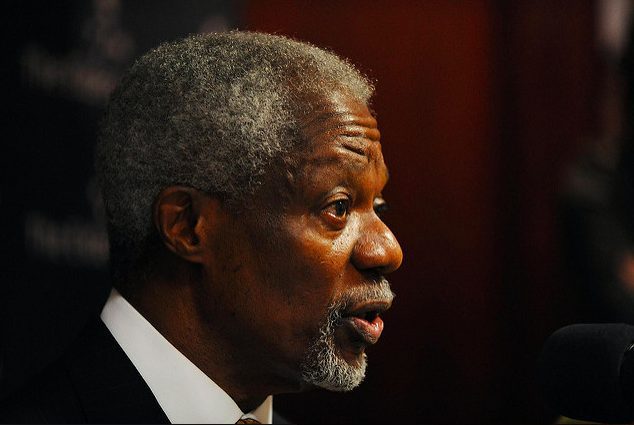 Kofi Annan, the seventh and probably the most popular and widely respected secretary-general the United Nations has ever known, died unexpectedly in Bern, Switzerland, early on Saturday morning, Aug. 18. His death, reportedly from leukemia, followed what initial reports described only as a short illness. He led the UN for two terms, from 1997 … 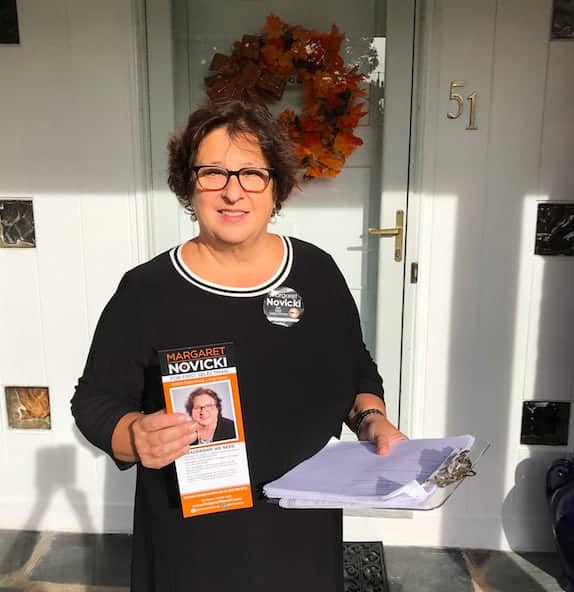 ORANGE, Conn. — Margaret Novicki is a 22-year veteran of the United Nations, having served in various regions in Africa and as the director of strategic communications at UN headquarters in New York. Upon her retirement in 2017 at age 62 from an eventful, complicated career at the UN, Novicki, an American, ran as …

Will Trump’s Musical Chairs Leave Nikki Haley Without a Seat? 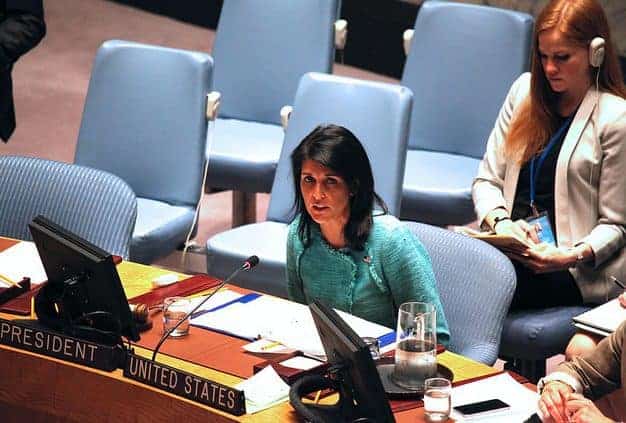 Nikki Haley insisted all along that she had no desire to become Donald Trump’s secretary of state. But with Mike Pompeo, the CIA director, in line to succeed Rex Tillerson as the State Department’s top dog, Haley may soon find that her thinking was a big mistake. Haley asked Trump right from the start …

Who Says the UN Is Boring? Intrigue Always Abounds in Its Inner Core 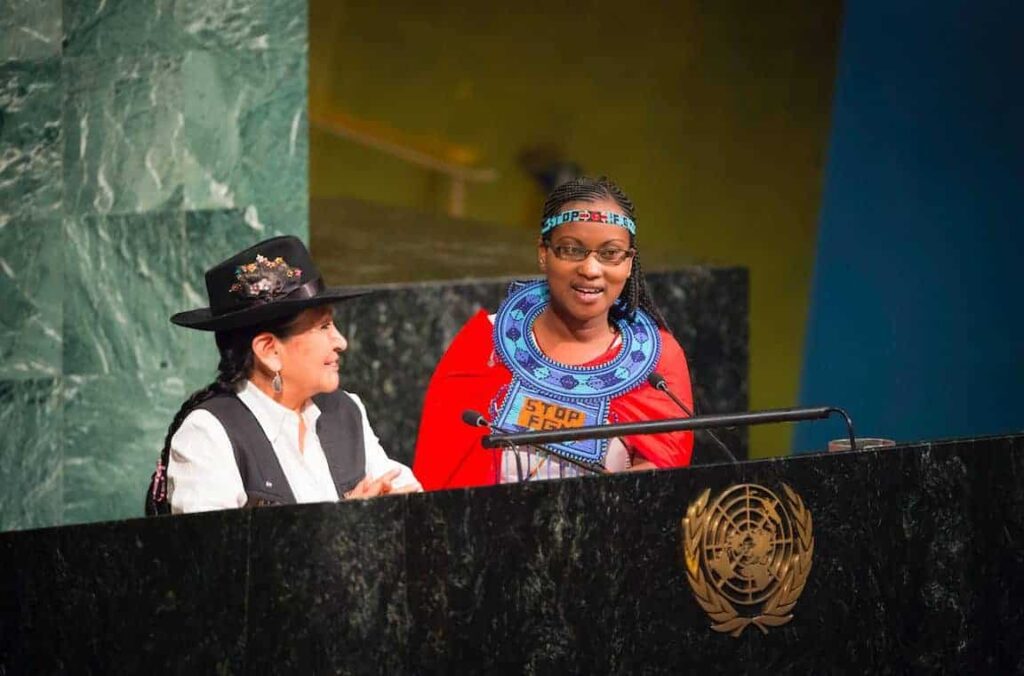 Bureaucracies do not have a great reputation, and the United Nations bureaucracy is no exception. They are seen as inefficient, cumbersome and rigid, adjectives that are also routinely associated with the UN Secretariat. At best considered a “necessary evil,” bureaucracies tend to attract scorn rather than analysis. The UN Secretariat, however, is different. Although … 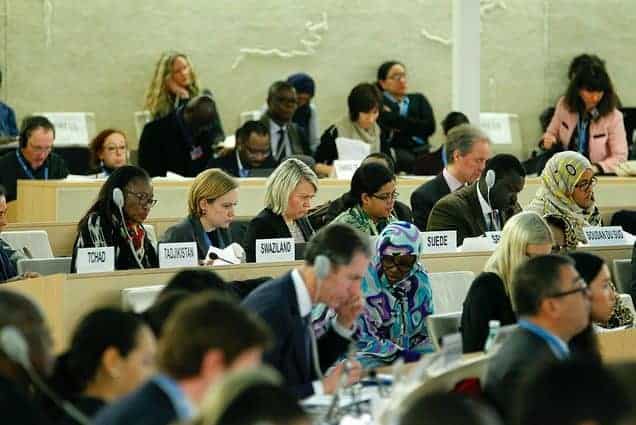 Problems encircling the United Nations Human Rights Council are verging toward a major crisis. The same crisis had engulfed its predecessor, the Commission on Human Rights, leading the secretary-general at the time, Kofi Annan, to call to replace it with the Council. But the same problems affecting the former Commission now affect its successor, … 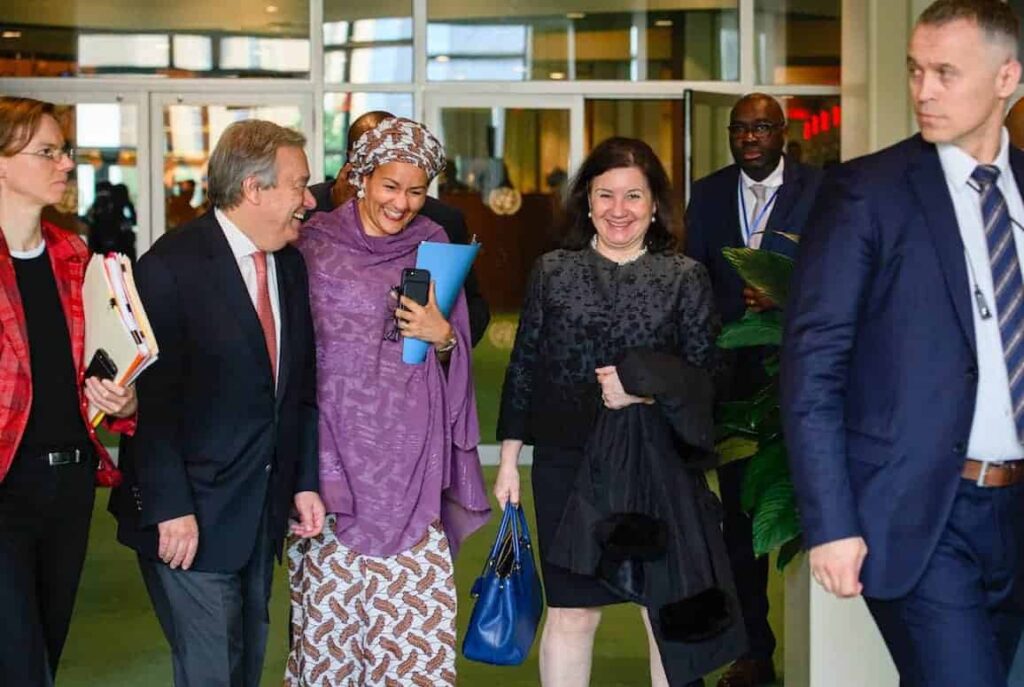 The exhibition “HERStory: A Celebration of Leading Women in the United Nations” was held at the Unesco headquarters in Paris this summer, after it made its debut in New York last year. Designed to showcase the contributions of female leaders throughout the UN’s history, it featured such high-profile personalities as Margaret Anstee, the first … 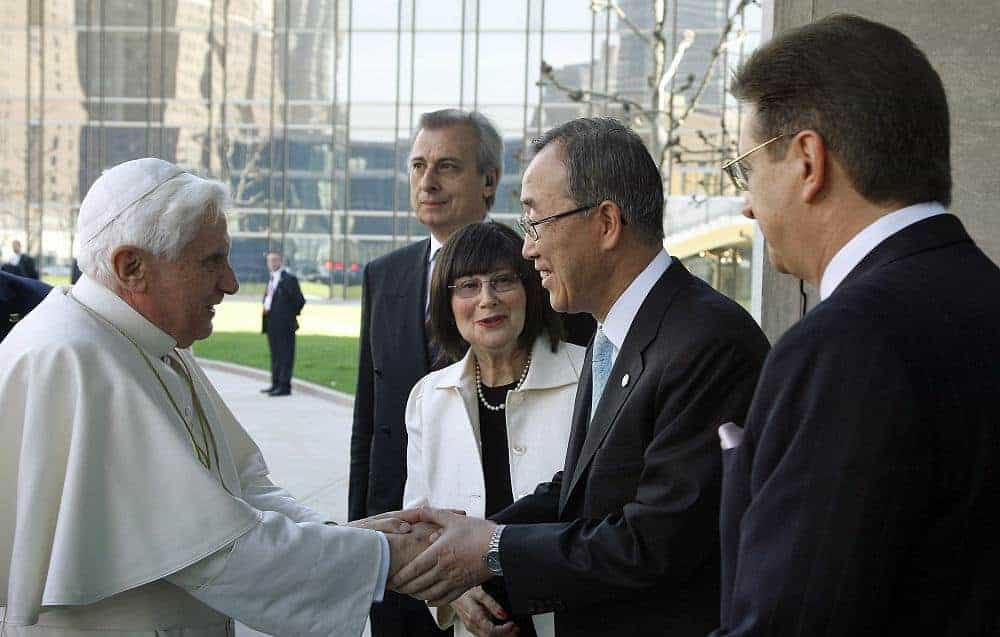 Alice Hecht, who died in New York City on Dec. 28, 2016, at age 67, after a 35-year career at the United Nations, was most well known there for her role as chief of protocol. Appointed by Secretary-General Kofi Annan in 2006, Hecht’s job was to guide presidents and popes to UN daises and …

The Syrian War and the Refugee Crisis: Spawning the Rise of the Far Right 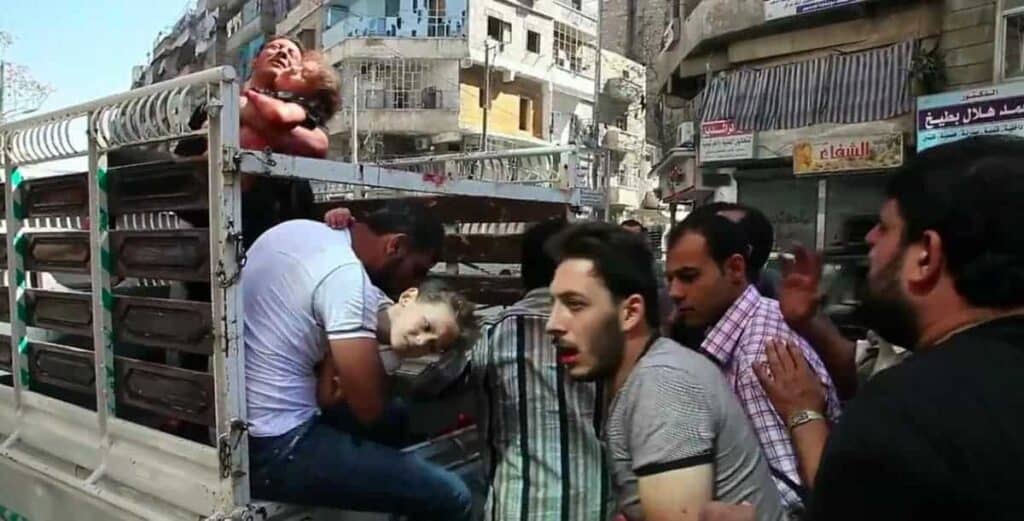 The butterfly effect teaches us that seemingly insignificant actions can have enormous future consequences. A tiny pair of fluttering wings can disturb the air in a way that helps trigger a hurricane halfway around the world. Witness Syria, where the Arab Spring made its debut in 2011 in the form of a tame wave …

The United Nations will swear in António Guterres as its ninth secretary-general on Dec. 12, when the organization will be only weeks away from the inauguration of Donald Trump and the potentially most threatening, hostile political opposition to the UN ever assembled in Washington, D.C. The UN will have to be prepared to respond … 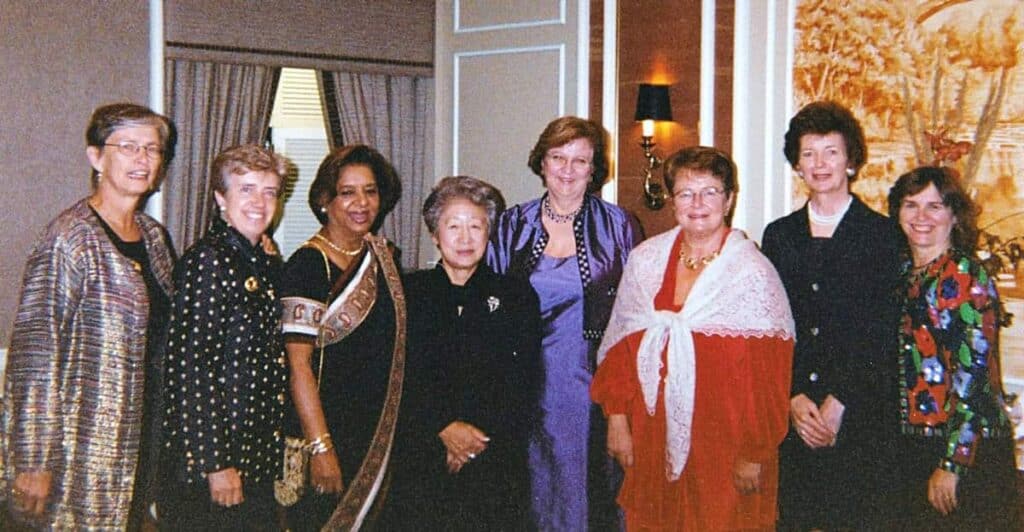 Louise Fréchette, a Canadian, was the first United Nations deputy secretary-general. Appointed by Kofi Annan, she took office in March 1998, bringing to the job qualifications that exceeded those of most UN secretaries-general. She had spent a quarter-century in the Canadian foreign service, including as ambassador to several Latin American counties and to the …

A Letter to the USA: Why Your Vote on Nov. 3 Matters for the World