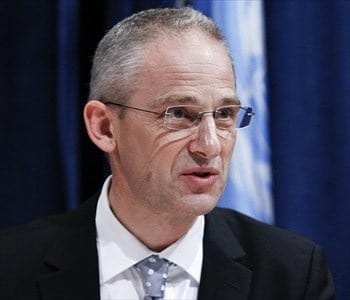 Martin Nesirky, the spokesman for Ban Ki-moon, the United Nations secretary-general, is leaving his post on March 7 in New York to work for the UN in Vienna on a six-month assignment. Nesirky, who is British, has been the spokesman for four and a quarter years. His replacement is a longtime UN media official, Stepháne … Read more

Recognizing that women in the Middle East and North Africa must play an active role in their countries’ political processes, especially amid the regional backdrop of upheavals and conflicts, the Netherlands government is providing money for a new program, Women on the Frontline, to help women-run initiatives organize themselves better to assert their rights to … Read more

When leaders of the world start descending on the United Nations in September for the opening of a new General Assembly session, there will two new internationally well-known figures in prominent positions at the top of the organization. In July, Jan Eliasson of Sweden became the UN’s deputy secretary-general, and in mid-August, Peter Launsky-Tieffenthal of … Read more