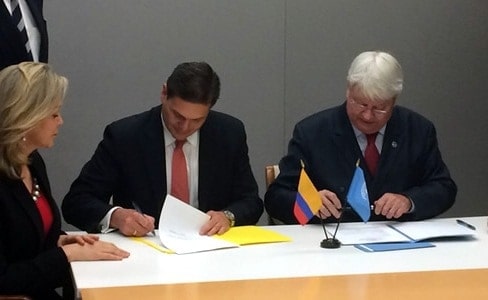 As Colombia’s long civil war appears to be headed toward a hard-sought peaceful settlement, the government may be ready to send soldiers from its huge, well-financed military to participate in peacekeeping missions of the United Nations. Colombian forces’ work in fighting terrorism was presented as a selling point by its defense ministry, but the military’s human-rights … Read more