Reform of the UN Development System Cries Out for Higher Goals

The reform of the United Nations development system has been a key project of Secretary-General António Guterres’s first term. Bold changes were planned to reposition the system to meet the needs of the 2030 Agenda — the Sustainable Development Goals. With most reforms carried out by now, and six years into the 2030 Agenda, it is a good time to review progress and remaining challenges, as the General Assembly did in October.

Recent assessments paint a largely positive picture of the changes. A report by the Multilateral Organization Performance Network, a consortium in which like-minded donors monitor the performance of multilateral development organizations, finds “notable progress across many of the central transformation areas.” One is empowering UN resident coordinators, whose job is to synchronize the work of UN entities at the country level so they are more efficient and effective.

In the past, the resident coordinator system was run by the UN Development Program, which was often viewed more as a competitor than a neutral coordinator by other UN bodies. Now the UN Secretariat has taken over. The UN’s own report on the reform also notes significant improvements but admits that problems persist, such as larger UN entities’ resistance to being coordinated.

While progress for the UN development system is a major achievement, it appears that the overarching reform goal — delivering better on the 2030 Agenda — has received comparatively little attention in the recent reform reports.

The UN report features only a comparatively short subsection on the “shift in the nature and quality of SDG support,” noting some gains on common UN results, a key indicator for working together. But there is no explicit monitoring on how the reformed resident coordinator system fares on the main requirements in the 2030 Agenda and articulated in UN guidance documents.

Our own study at the German Development Institute, a research and policy advice think tank based in Bonn, looked more closely at the reform’s intentions and how well they were achieved. The sample was small, consisting of four countries, but it was done with more than 50 interviews and many documents. A pattern emerged from the research: so far, the reform has not resulted in a big push on delivering better for the 2030 Agenda on the key requirements we selected for our study.

Consider the integration of the SDGs, a new requirement of the 2030 Agenda, given that one SDG cannot be carried out without a view to others. We did not find evidence that UN country programs, to be established under the leadership of resident coordinators, have been shaped in any meaningful way for SDG integration.

There is also no common understanding of what SDG integration actually means: we counted six concepts, including “alignment of UN activities with SDGs and their indicators,” “alignment of UN activities to national priorities” and “working on several SDGs simultaneously.” None of them is entirely wrong, but all are more or less far from how the concept is defined by UN guidance documents. (It’s about systems thinking and links among SDGs.)

The reform also intended to strengthen the UN’s role in holding up human rights. With global consensus faltering in this regard, it is all the more important that the UN acts as a normative force at the country level to support the 2030 Agenda’s aspirations. Some interviewees revealed a greater willingness of the UN to collectively take a stand on rights issues. This often takes place behind the scenes, however, as UN development actors opt for a diplomatic approach that can be contrasted with the public naming and shaming method used by human-rights organizations. Others suggested that human-rights issues, to the extent that they are political, are better left to Western embassies.

The 2030 Agenda’s call to combat discrimination, exclusion and inequality was invariably addressed as a need rather than a rights issue in program documents. A needs-based approach is about material and technical support to beneficiaries, and a rights-based approach is about changing institutions and empowering people. The propensity to deal with symptoms risks doing too little on structural problems or may even perpetuate them.

The reform’s novel focus on transboundary challenges was recognized as highly important, but it has yet to be given practical meaning. While the reform of the UN’s regional level might bring a boost, the UN’s country-based programming and accountability structures so far work against the goal of realizing the UN’s value as a multilateral organization that can think and work across borders.

How to analyze these shortcomings? Lack of appropriate funding and organizational self-centeredness are to blame but also UN entities’ business models are at fault. In order to stay in business, UN entities engage in too many (short-term) activities, because donors fund or host governments demand them. As a result, country offices are stretched thin and operate in a fragmented and isolated way, which is why better coordination is so important and, paradoxically, such a challenge.

To achieve a strong national impact for the 2030 Agenda requires a different operating model. UN field offices should focus on generating knowledge and contributing to national policymaking. Lessons need to be systematically gathered from projects so that they can be translated into policy advice given to host governments’ political leaders. Truly collaborative UN approaches need to be embraced as an indispensable factor for effect rather than deemed a burden.

Working in such a knowledge based and policy-oriented way, the UN might achieve more with the same financial resources. 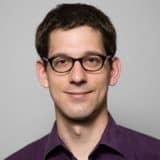 Max-Otto Baumann is a senior research for the German Development Institute, a federally-financed think tank based in Bonn. His work focuses on institutional and political aspects of UN development cooperation.

Reform of the UN Development System Cries Out for Higher Goals